Posted by Andrew Spaulding at 1:34 PM No comments: 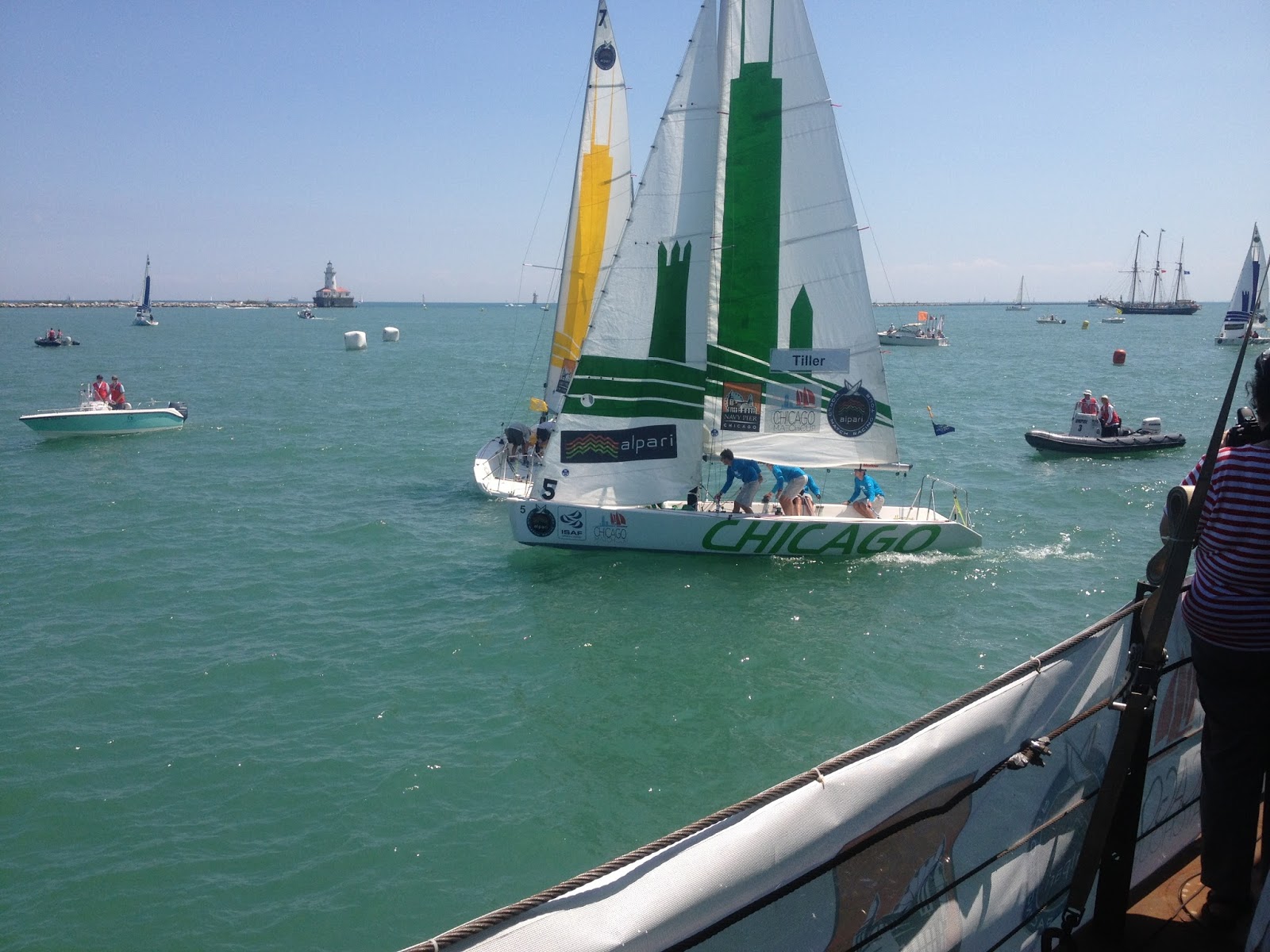 To see world class match racing from a few feet away from the starting line was a great experience. As a lifelong amateur racing sailor, I know the opportunities to actually watch a race in person are few and far in between. Sure, I’ve been out there watching the mark roundings of some events over the years, but at the Match Cup this weekend, we were close enough to watch the sails get trimmed. I did notice that going upwind the sails were trimmed flat. Flatter than I would have expected for the amount of wind, although I guess that is a function of the driver’s skill. The better the driver, the narrower the slot, the flatter the sails can be which will reduce the drag that belly in the sail causes. Experts out there, feel free to chime in my observations.

Anyway, it was a fantastic day, and I wish the Verve Cup wasn’t going on at the same time so that more of you could have attended the Match Cup. Definitely put it on your calendar for next year if the World Match Race circuit comes back to Chicago. I don’t see why they wouldn’t, from the dock talk I heard, the sailors liked the venue and certainly the spectators were enjoying the show. There were quite a few passers-by headed for the Tall Ships that stopped to watch for a while. The sailors present had to answer lots of simple questions about match racing and sailing in general, but everyone seemed to be enjoying the process. 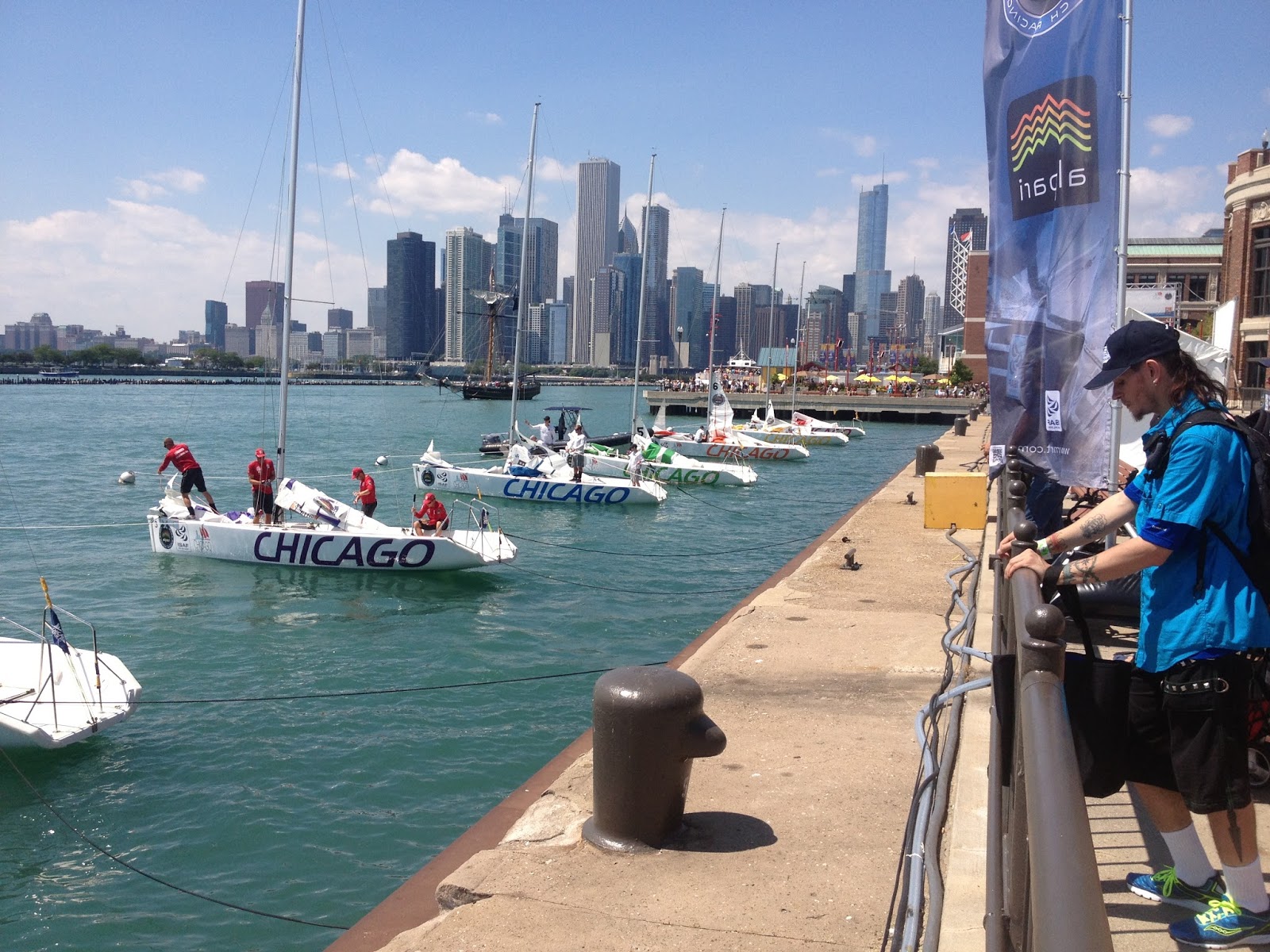 So, one of the best parts of the day was sitting at the table next to Taylor Canfield’s mother. On Saturday, Taylor was ranked number 2 in the world; he also is the sailing director at the Chicago Match Race Center which made him the local favorite. Every start, every tack, gybe, and mark rounding was a moment for Taylor’s mom to worry about. The good news is that all the worrying paid off, Taylor won the event catapulting him to the top of the world rankings.

Posted by Andrew Spaulding at 1:33 PM No comments: 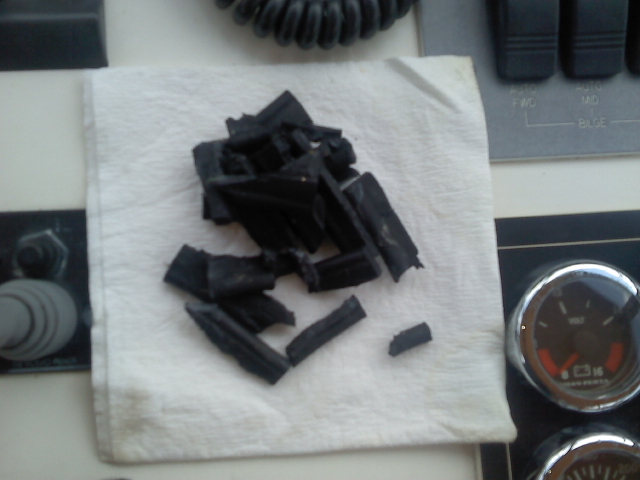 We found this pile of impeller blades while changing a cracked cooling water hose. The boat was new to Crowley's last winter. We changed the impeller in the spring and while the old one had cracked blades they were all still attached to the impeller. So, these blades have been floating around in this engine's cooling system for some time. We are amazed it ran without overheating. The lesson is to be sure that you get all of the blades out of the cooling system if you change an impeller that is missing any of them.
Posted by Andrew Spaulding at 3:26 PM No comments: